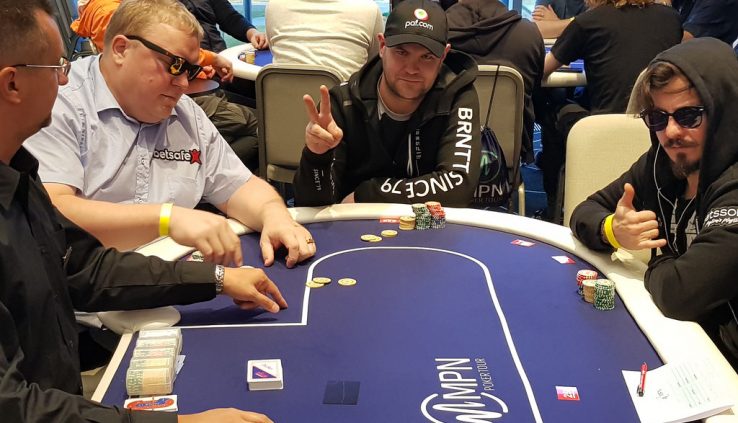 The very first playing of cards took place in the 9th century, while poker has been around for more than 300 years. Since then, we’ve come a long way from round poker table in a dark, smoke-filled room where only rare could dare to set foot to online gambling, VR and other modern technology wonders accessible to anyone with internet connection. Considering that the first casino ever opened took place in 1638, it is ungrateful and almost impossible to name the best gamblers in the entire history. However, there are a few who were, and still are, quite famous for their skills, unlike the modern-day gamblers who only know how to play casino games at Mundi Fortuna online from the comfort of their couch.

Some of the things that made them so famous are both good and bad luck, skills, inventions and even scandals.

The gentleman by the name of John Montagu, the 4th Earl of Sandwich, lived in the 18th century. The story is quite impressive because who would have thought that the word “Sandwich” got a new meaning at the gambling table.

The legend has it that John was continually ordering slices of meat covered by bread on both sides during his gambling sessions. The people who were gambling with John didn’t really know how to name that order so they kept saying “I’ll get the same as Sandwich” which turned into the “Sandwich” in no time.

Dostoevsky wrote dozens of novels, short stories, and journals and having heard of him is inevitable because he is part of school literature. However, one fact that teachers often skip mentioning Fyodor is that he was a gambling addict.

He studied his addiction in-depth which helped him write some of his masterpieces such as Crime and Punishment and The Gambler. Both are highly recommended as they go over the psychological process of wanting to gamble over and over again, despite one’s losses or winnings in gambling.

If there is one man in the history of gambling who went through both hell and heaven, it’s definitely Archie Karas. He left his home country when he was only 15 and began hustling across the US. His net worth hit over $2 million, only to plummet down to just $50.

However, he somehow managed to accumulate more than $40 million even though he started with only 50 bucks! Archie mainly played poker, baccarat, and dice. Unfortunately, that’s not where the story ends as he lost almost all of it by playing poker in Las Vegas.

Everyone knows about card counting in blackjack nowadays, and the 2008 movie named 21 popularized the technique, but if you have ever wondered who started it all, it was Edward Thorp. This brilliant mathematician had no knowledge or experience in gambling until his 30s when he played blackjack for the very first time. He quickly realized that there had to be a way to lower the house edge by counting the cards. After hundreds of hours of research and computing, he figured it out.

He started to win massive amounts in multiple casinos, and even though pit bosses and casino owners had eyes on him all the time, they were not able to figure out how he was doing it. Eventually, all local casinos closed the doors for him, but he managed to make his riches by publishing and selling the book named Beat the Dealer, which reveals and explains his gambling techniques in detail.