Most famous musicians of all time 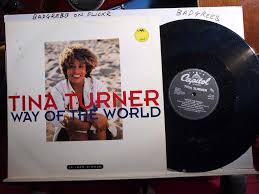 Posted By admin
Most famous musicians of all time
0shares

We all have our favorite bands and performers that we remember fondly and, sometimes, with a dose of embarrassment. Sometimes it is just a phase, other times it is a devotion to a principle, an idea that the musician in question represents. Here are just some of the most famous musicians that transcend the boundaries of time.

The King is undoubtedly famous around the world. He was one of those performers that everyone loved and their parents hated. His first album, “Rock ‘N’ Roll”, went platinum, as did many others. He would later move on to television. Some of his hits every fan is at least acquainted with include: Blue Suede Shoes, Jailhouse Rock, Teddy Bear, Hound Dog and Viva Las Vegas.

He was a controversial figure, as his live performances were a tad too risqué for the conservative era. What also contributed the mixed emotions of the public was that, even though he was white, his music, performance and fans knew no racial discrimination.

Elvis died in 1977, while taking a break between tours. This does not deter conspiracy theorists and Elvis impersonators, and, in Vegas, it is possible to get an “Elvis” to perform your wedding ceremony.

The Queen of Pop was born in 1958, as Madonna Louise Ciccone. Her flare for sexy taboos have secured her a place on the stage and in our hearts ever since she first appeared in 1982 with her debut single ”Everybody”.

Like a Virgin, Frozen, Die another Day, Vogue, Like a Prayer, and La Isla Bonita are just some of this singer/songwriter/performer/businesswoman’s renowned hits. She is still active on tours.

We have talked about the King of Rock and the Queen of Pop. Michael Jackson was the King of Pop. Originally a member of “Jackson Five” as a child, Michael made an amazing solo carrier, which allowed him all kinds of eccentricities.

Michael is best known for several things: his album and song Thriller, his change in skin color and subsequent addiction to plastic surgery, his own theme park and estate called the Neverland, his chimp, and, unfortunately, numerous scandals.

Michael Jackson was not addicted only to plastic surgery, and he died from a heart attack in 2009. The condition was caused by overdose of propofol and benzodiazepine.

Whitney Elizabeth Houston has an entry in the Guinness Book of World Records as the most awarded female act of all time – in other words, she is the most recognized female performer. This wasn’t the only thing she was famous for – her debut album from 1985 was deemed the best-selling debut album.

If you are not exactly sure where it is you’ve heard her name, and what her songs might be, ask your parents (or google it, we don’t judge) to find out more about her acting debut in The Bodyguard with her song And I Will Always Love You. That’s just the tip of the iceberg.

She is the first woman on the cover of the Rolling Stone Magazine and a member of the Rock & Roll Hall of Fame. Known primarily for her turbulent relationship with Ike Turner and her hits like What’s Love Got to Do with It, We Don’t Need another Hero, Private Dancer and Goldeneye, Tina is certainly someone who will remain part of history for years to come.