The importance of theatre music Posted By admin
The importance of theatre music
0shares 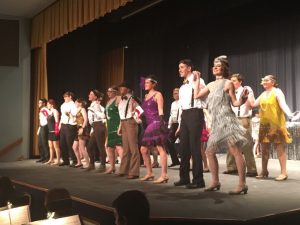 There is a reason we smile at the memory of certain musical numbers – they were there to enhance the story and bring an element of magic to it. We are not talking just about Disney, though there is a significant amount of impeccable and enchanting songs in the company’s filmography. Theatre music has been around since the dawn of theatre, and today we will discuss why it is important.

Let us first tackle the question of what, exactly, theatre music is. As its name implies, theatre music is any type of composition or song designed for theatre. That means that, whenever there is a play, a performance, or a story on stage, there will be music to convey the mood. You can recognize it in ballets, operas, and, generally speaking, musical theatre.

One could argue that theatre music is barely younger the part of humanity that deals with storytelling. You can find theatre music as far back as Ancient Greece, where odes were composed and sang between the dialogues of tragedies and comedies.

In the 16th and 17th century, we see theater music telling us that the forest is enchanted, the battle is raging, there is sadness from the loss of a loved one and what to expect from a character entering the stage. It was heavily used by playwrights, including none other than William Shakespeare.

Operettas from Europe have given way to the American musicals, which led to wonderful, whimsical or cynical melodies we find in Mamma Mia, Sweeney Todd and Wicked. It is also the reason many of Disney’s movies have a special place in our hearts. 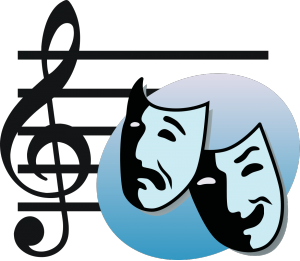 We have mentioned before that theatre music is there for the dramatic effect of the scene. While this is not its only purpose, this quality is most prominently displayed within incidental music, which is to say the music of incidents or events, like the plot twist, the death of a character and tension building. In the early 20th century, due to the technological advances, like studio recordings, it was possible to produce the dramatic effect with a short recording, rather than a large composition.

Why Do We Need It?

Have you ever played pretend with your friends? Maybe you were a hero defeating the monster, or perhaps, you were in the middle of a tense romantic drama? The reason these scenes stick in our mind because of the background music that enhances the experience of action, suspense, drama, comedy and tragedy. It is the theme song of your favorite spy or action hero, it is the intro to the best song of all time and without it the story and the scene somehow seem incomplete. Sometimes it dominates, and sometimes it fills in the missing pieces.